Exactly a year ago today was one of the weirdest and worst days of my life, as I was driven from my local doctors office to the ER of one of Stockholm’s biggest hospitals, only to be admitted for fear of a strange lump in my stomach being cancer. It was today a year ago that the battle begun, and it was yesterday of this year that it ended. The results of my last PET scan were completely clear of any cancer and I’m finally done with that part of my life. Unlike last year, I’ll finally get to celebrate my now fiance’s birthday with her and her family, and feel good while doing it. Thanks for all of the support along the way and I’ll see most of you soon! 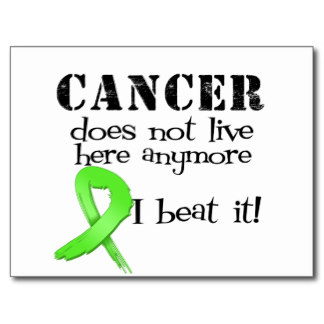 It’s been a while blog. I’ve neglected you. It’s been almost a full year since I posted something new because of multiple reasons. First I was hoping to use this blog as a way to inspire me to write a story I’ve had in my head for years. The prologue was the last thing I wrote. I have a few more chapters written, but I like a few people to look over them before I put them out into the ether, and those people have generally failed me in that area. So nothing has been added to the story yet, but I’ll probably just put it up in it’s rough draft form anyways. What ever.

The main reason I’ve been gone for so long is because I’ve been off battling cancer. In September of last year I was diagnosed with highly malignant diffused b-cell Non-Hodgkins Lymphoma in the general area of my appendix. From what I understand it was the size of a pretty large sweet potato that spiderwebbed up my whole intestinal system. I had felt a lump in my lower stomach for a few months, and the doctors here in Sweden told me it was just a lump of muscle or some bullshit, after feeling my lump for literally 1 minute. The doctor quickly left the room and I was just thinking okay, well what the fuck it doesn’t hurt, but he’s the doctor I’ll trust him. So as all of that was happening I had been having stomach issues, that didn’t seem odd at first, but quickly became an everyday thing, but it wasn’t because of the lump of muscle so why worry right?! I flew home to the US for my sister’s wedding, which was great except that the next two days after the wedding were of me laying in bed at my Mom’s in excruciating stomach pain. No sleep was to be had, and it was one of the worst times in my life. Needless to say my girlfriend was worried sick, so she booked an appointment at the SAME doctors office with a different doctor, that would occur literally 15 minutes after we got home. So I went and saw him and he thought something was odd so he booked a few tests which eventually resulted in a scan that saw the tumor. The pain I was experiencing was the tumor completely crushing my small intestine to the point where nothing could pass through. Pretty crazy stuff huh?

It was a pretty hard time for everyone involved, not just myself. The only good thing that came out of the whole thing was that every member of my immediate family came over to visit, half of which was for the first time. A lot of which was me being too tired to do much or sitting in a hospital room for hours, but still good enough. It also got my Mom and Dad together in a room for once and forced them to work through some long withheld issues, and now they have let go of any negative feelings between them. My girlfriend almost lost her shit with my Mom saying in our one bedroom home for 3 weeks, but after she left, everything was fine. I’ve gotten a ton of support from members of my extended family that I haven’t seen in years which was nice, but a lot of the support came in ways of prayers and godly things that don’t help me at all being a free thinker, but I appreciated the support anyways.

I was given a pretty rigorous dosage of chemotherapy since I am still quite young. At first it wasn’t a big deal. I went in, got chemo through the port in my neck then got out a few days later. The only issues I had with my cancer then was the ileostomy I had received since my intestines were blocked. The thing drained too fast and I probably only got 10% of the nutrients and hydration I consumed. Though later after all my hair had fallen out and the chemo had multiplied concentration in my body, I started to feel the second half of the treatments a bit too much. That was the cancer you see in television and movies. You know the cancer where you have the urge to puke come from out of no where, or you lay in bed all day sick, or you’re too weak to even walk around the house without being winded. That part of cancer sucked. Every two weeks I went back into the hospital. Needless to say, even though I had my computer with me in the hospital, I just didn’t feel like writing at all.

Well it’s been over half a year since I was diagnosed and I think (hope) I’m on the final stages before remission. I’ve had some testing recently that was just a horrible experience (like TWO endoscopies one via the colon, and I didn’t receive any anesthesia!) but they all came back showing normal signs. So now we are just waiting to get another scan done. As long as that comes back clean, I’ll be ready to reverse my ileostomy, and begin to heal and become normal again.

My dream the past few months has been of spring and warm weather. I just want to be able to run in shorts and a t shirt in my newer pair of running shoes. I want to be able to eat all the restricted foods I shouldn’t eat while I have an ileostomy, like lettuce and corn and peanuts. I am going to start school again next week, and I’m actually going to try and get somewhere with it. I haven’t had the slap in the face most people get when they have cancer, and realize that I’m only mortal and I almost lost my life. I still feel immortal and the fact that this cancer is losing to me, is proof of that, but this immortal is tired of sitting around letting his life pass him by anyways. There is always a chance this bitch cancer can come back again, and in some more famous people with the same type I have, it has, but I think those people (Andy Whitfield to name one) they worked their bodies to exhaustion too fast and too soon after remission, leaving themselves vulnerable to reemergence. Oh well.

Either way things turn out, I still want to get this story written. I am reading a freaking fantastic book right now called Words of Radiance that is sure to light my fantasy writing spark again once I’m finished and I’ll start putting stuff up on here again. Although I may try and just write random stuff like this more as well. It feels like a waste of blog to just post chapters of my story once a month. I’ll definitely post more pictures at least of my progression.

Me! Starting to grow SOME hair back.